Monday@JoJo’s is a women’s vocal group dedicated to sharing our love of music with the community. Our repertoire includes standards, pop and jazz, both a cappella and accompanied. We specialize in musical entertainment for all types of events. 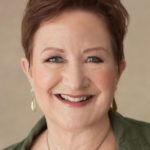 The director and accompanist for Monday@JoJo’s, Diana Tyson has music in her bones! She started picking out melodies on the piano around age 3 and began lessons at 4! Music has been the main theme throughout Diana’s life story: playing and singing at church, with musical theater, and for choral groups. She currently directs two women’s singing groups and accompanies a third! You can also find Diana “in the field” as a Realtor with Keller Williams. She is married, with two adult children, two grandchildren, and a cute Yorkie, Riley. 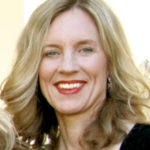 Beverly Allen caught the singing/acting bug from her parents. She recorded backgrounds on Evanescence’s gold record, “Fallen”; performed featured solos with the Millennium Choir (including performing at the Vatican); and played Cole Porter’s wife in a national tour of “Red, Hot and Cole”. She has also done lots of local theatre. Beverly teaches second grade, and enjoys directing both her students’ musical plays and the staff comedy troupe. In her spare time, she occasionally performs with her jazz pianist husband, Craig, and enjoys spending time with him and their super cute dog, Gabby. 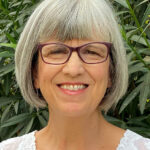 Shawn Kelly was steeped in jazz and classical music from birth. Her mom was a professional choral vocalist, while her dad was an audiophile and collector of classical and jazz recordings. From singing in church choirs since childhood to touring Europe with her high school a cappella choir, performing with the UCLA University Chorus and rocking the jazz, pop and standards with Monday@JoJo’s, singing has always been a passion. A portrait artist and graphic designer by day, Shawn is married and the mother of three amazing adults. She looks forward to many more years of making beautiful music with her good friends in Monday@Jojo’s! 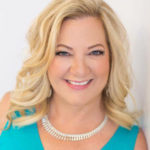 Without Heidi Wood-Brown, there’s no heartbeat. Heidi is our anchor alto. Her voice adds rich tonal bass notes to all of the Monday@Jojo’s arrangements. Heidi’s love of music began as a young child. Music was in her family home. She first studied piano and then moved on to playing the saxophone through high school with concert band, marching band, and jazz band. She sang in her church choir for many years and paired that with community theatre, performing with the Note-able Singers Show Choir in Bloomington, MN prior to moving to LA in 2009 to marry her husband Rick.  She is blessed to have found her LA sisters with the Jojo’s and the rest is history. When she’s not making music, she enjoys working as a marketing consultant with 911MEDIA and Toluca Lake Magazine – A division of Trade News International, Inc., and as a skin care consultant with Rodan + Fields. Heidi loves spending time at the beach, enjoys golfing, biking, swimming, boating, walking & hiking with her dog Peanut. Heidi & Rick love to entertain. You might even catch the Jojo’s doing an impromptu gig at the their next gathering! SKOL! 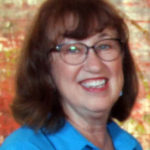 Jean Sommerville grew up in a musical family, playing piano, clarinet, violin, and glockenspiel in school, community, and honor bands and orchestras and listening to her Dad’s jazz records. The daughter of a piano teacher, and granddaughter of a tenor soloist and choir director, Jean sang in church and school choirs and at family gatherings from a very early age. In college she sang with choirs and small a cappella groups, and appeared on stage and in acoustically perfect stairwells. She directed a summer cabaret for five years and a children’s choir. Jean is married and has an adult daughter. By day, Jean is a CPA and CFO, finding harmony in numbers. 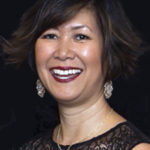 Growing up in a family where singing was a favorite pastime, Sharon Valdez sang the role of Pamina in her grade school’s production of Mozart’s The Magic Flute, never dreaming she would one day learn the role in German. In the daytime hours, Sharon reviews her colleagues’ work, tells them what’s wrong and why it needs to be fixed. After hours, she’s singing with the Jojo’s, lounging with her dog Boomer, playing games on her iPad or traveling around the world with “the hubster” Don. Favorite singing quote: “I don’t sing because I’m happy. I’m happy because I sing!” 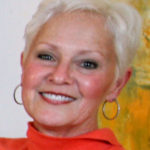 Denise Dillard has worked as an actress/singer in many cities in the US and abroad.  Favorite roles include Claire in “Fuddy Meers” (Colony Theater, Burbank, CA) Rose Weiss in “A Shayna Maidel” (Colony), Luisa in “The Fantastiks (Edinburgh Festival, Scotland), the title role in “Euridice” (Soho Rep, New York, NY). She received her B.A. from Pomona College, graduated with distinction from the Drama Studio London, and studied and worked in New York for many years. Monday@JoJo’s marks a return to performing for Denise. She is thrilled to be working with such accomplished musicians and powerful women.

As with all good things, it came together slowly. Four dedicated friends, including Heidi, Bev and Shawn, broke off from a group, looking for a broader catalogue of songs. They gathered together other singers – including Diana -with a passion for jazz and pop and harmony. Add even more singers – Jean, Denise, and Sharon- who share their joy of music, and you’ve got a great combination.

In a hilarious brainstorming session, a movie reference and two middle names create a sassy, jazzy name for these ladies: Monday@Jojo’s. Monday rehearsals are strictly coincidental. But the repertoire is not! These ladies love and sing it all – fantastic Gershwin medleys; a signature, jazzy arrangement of “Java Jive”; soulful American melodies like “Simple Gifts”; and pop standards of Adele and Leonard Cohen.

Holidays are the best! Several songs in their collection call to mind the winter season, like “Winter Wonderland”. Traditional carols are woven into spirited pieces, such as “The Twelve Days After Christmas” and “Santa Baby”, just to name a few. And whichever bells you prefer – silver or jingle – the Jojo’s have them.

We are a proud member of the California Women’s Chorus. CWC is a group of women’s vocal groups from all over California. Their purpose is to award scholarships to deserving career vocal music students. As a member of CWC, we are now a non-profit 501c3 organization, and all contributions are tax-deductible. Our federal ID number is 37-1951588.

Monday@Jojo’s have a set and songs for every occasion. The ladies have performed at a variety of events: musical worship services, fundraisers, holiday parties, their own concert, weddings and receptions. We can’t wait to make your event even brighter.